During a transfusion, doctors infuse healthy bone marrow cells into the patient’s body though an IV catheter, similar to a blood transfusion. The infused cells then travel through the bloodstream and move back into the bone marrow, where they can begin doing their job of providing immunity and creating new cells.

One problem that arises with bone marrow treatment is that chemotherapy and radiation can wipe out the entire immune system, and it can take three weeks or more after a transfusion for the bone marrow cells to settle in and regenerate enough new cells to protect the body. Researchers want to find new drugs to speed this regeneration, but because it takes so long to repopulate the bone marrow, drug testing in humans and laboratory mice is exceptionally slow.

Dr. Lund and his associates are seeking ways to make the stems cells move from the bloodstream back into bone marrow as quickly as possible after transfusion. The team is exploring small molecules, novel proteins, small peptides and other compounds that could potentially speed up that process and reduce the amount of time patients are left without an immune system. Ideally, the new procedure would leave patients vulnerable for only seven to ten days, compared with the three weeks most patients face today. The procedure also helps researchers test new cell regeneration drugs quickly.

In the lab, Lund’s team takes florescent cells from donor fish and transplants the cells into zebra fish, emulating the basic concept behind bone marrow transplants in the process. The scientists then follow and measure the transplanted cells as they move from the fishes’ circulatory system back into the bones of the fish. Zebra fish are very small creatures, so the regeneration process is substantially faster than in humans. This means that the researchers can learn about the effects of various transplant drugs much sooner by using fish as compared to testing in humans or laboratory mice. The zebra fish can also survive transplantation and can be used for repeat testing. 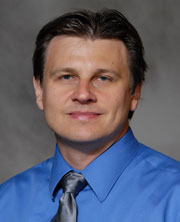