Millions of U.S. citizens suffer from vein valve insufficiency, often resulting in chronic leg ulcers that cause pain, immobility, and a reduced quality of life. The goal of this research is to develop tissue-engineered vein valve, an “off-the-shelf” implantable device. If successful, it will be the first prosthetic vein valve available to treat suffering from ulcers due to chronic venous insufficiency.

Chronic venous insufficiency (CVI) of vein valves, particularly in the femoral veins, is a highly prevalent and problematic clinical problem. These are deep veins that cannot be noninvasively treated with compression stockings. Loss of valve leaflet coaptation during valve closure from reverse pressure gradients (e.g. when standing) and resultant reflux of blood (i.e. regurgitation back through the incompetent valve) is a major cause of CVI. Despite the high prevalenceof CVI (estimated as between 50,000 and millions of Americans, depending on the assessor), there is no replacement vein valve available in the clinic yet. This year, we have made progress toward a novel transcatheter tissue-engineered vein valve via growth of engineered tissue directly on an expandable stent, the tissue being decellularized, thus an “off-the-shelf” implantable device based on a regenerative material produced by a donor skin cell. 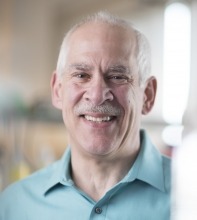 Dr. Tranquillo is a Distinguished McKnight Professor and Head of the Department of Biomedical Engineering at the University of Minnesota. Dr. Tranquillo's laboratory has an extensive research program developing fabricated bioartificial arteries, heart valves, vein valves, and perfusable myocardium.