A new lab for improved testing

Before a new regenerative therapy can be tested on humans, researchers must show that the therapy is safe and effective in animals. Animal testing is required by the FDA before humans can undergo therapies in clinical trials, and that is why large animal models of diseases are needed.

Rodents have been the primary animal test subject for decades, but they are much smaller than humans and our anatomy is very different from those of rodents. This results in a high rate of failure in testing new devices and medicines – especially when it comes to regenerative therapies.

Instead of using rodents, regenerative medicine is best tested on a smaller number of large animals with similar genes to humans. Pigs are the standard for this kind of testing because of their size and genetic makeup. The problem is that pigs and humans don’t contract the same diseases, so while they are more genetically similar to humans than rodents, the therapies may still fail to produce results.

It’s possible to “edit” a pig’s genes so that they will mimic a human disease. Scientists can also alter a pig’s genes to manufacture personalized human cells, tissues, and organs for research or transplantation. This work is currently being done in a standard lab, but it’s taking much longer than it should, given recent technological breakthroughs.

This grant provides a kick start for an Advanced Reproductive Technology (ART) lab for Recombinetics, Incorporated, a small Minnesota business that creates genetic therapies by recombining genes in animals for biomedical research and agriculture. With an ART lab, they will have more specialized resources to move through regenerative therapy testing. Specifically, Recombinetics will have special resources built to edit swine genes so they can get pigs for testing regenerative therapies more efficiently. They will also have the capacity to produce personalized human cells, tissues, and organs that could potential save lives. 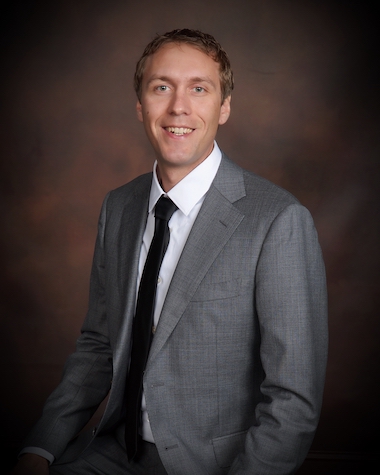 Dr. Daniel Carlson is the Director of Laboratory Operations at Recombinetics, Inc. His career focuses on making livestock healthier and improving how we test new therapies to cure diseases. Carlson earned his PhD in Animal Sciences/Biotechnology from the University of Minnesota in 2009.